We met Heidi & Jonnathan on a beautiful summer evening for their engagement photos at their wedding venue, Postlewait’s Farm. Couples usually choose a different location for their engagement photos, but Postlewait’s was a great choice! We love the relaxed, summery feel this working farm brings to the images. Heidi and Jonnathan also seemed to enjoy it quite a bit as well! There’s a whole lot more photo-goodness to be had here and we are really looking forward to their wedding next week! END_OF_DOCUMENT_TOKEN_TO_BE_REPLACED

3 Comments/ in engagement / by Ryan

Our shoot with Leigh & Ron will forever be known as the engagement session of epic proportions! We started out with a hike up Saddle Mountain with their Border Collies for a commanding view of the North Oregon Coast & the mouth of the Columbia River. After resting-up with great food and beer in Astoria, we finished off the day with a sunset shoot on the beach.  It was definitely a full and wonderful day! A big thanks to the both of you for sharing some of your special spots with us–we are looking forward to an epic wedding as well! END_OF_DOCUMENT_TOKEN_TO_BE_REPLACED

Margi and Scott are dear friends of ours who are tying the knot in a few weeks!  These two have been in front of my lens on many ski trips and forays into the backcountry, but this was a new adventure for us and equally as fun.  We all met up, including their dog Quinn,  on a recent evening for a few photos around their neighborhood near North Williams Avenue.  The evening was beautiful, and after drinks at Pix Patisserie (the site of their first “official” date) we strolled the neighborhood shooting around all the great buildings. We wrapped up with a sunset bike ride near Portland’s Overlook Park, so stay tuned for more! END_OF_DOCUMENT_TOKEN_TO_BE_REPLACED

It’s time for yet another blissful beach shoot! We met Andy & Danylle at the quaint and lovely town of Gearhart on a recent gorgeous Saturday evening to avoid the crowds everywhere else.  They are two energetic, dynamic & loving individuals that make one amazing couple! We has such a great time soaking up the last few hours of sunlight with them on this stretch of beach.

To say we are excited does not adequately describe how much we are looking forward to their wedding celebration this summer, but these two words will give you a hint:  Bike Parade! END_OF_DOCUMENT_TOKEN_TO_BE_REPLACED

Long summer nights are the best for shooting at twilight! Here’s a quick peek at Scott & Margi’s bike-themed engagement session earlier this week. 3 Comments/ in engagement / by Ryan

It doesn’t get much better than a spring evening on Sauvie Island outside of Portland! We often will head out to Sauvie’s at this time of year for an impromptu picnic, a quick hike, or just to catch the sunset. It’s a gorgeous escape from the city just outside the door! Erin and Joe thought it would make a great location for their engagement session, since her grandparents lived there during her childhood.  We had an awesome time walking along the beach, watching the sunset over the green fields, and enjoying some wine with this fun couple. Erin & Joe, thank you for a great evening. We are looking forward to your wedding next month! END_OF_DOCUMENT_TOKEN_TO_BE_REPLACED

You know a couple is special when they are willing to drive 4+ hours to the coast for a 2 hour shoot, and their smiles look as genuine and fresh as if they were in their own backyard! After meeting with Anna a few months ago and hearing her describe her love of natural colors and textures we decided the Oregon Coast would be a perfect location for their engagement shoot. When we originally planned the shoot, they were going to fit it into a longer road-trip. However, it turned out meeting for the shoot a little earlier worked better for their schedules so they decided to use the there-and-back drive (about 8 hours) as a good excuse for some quality time together. They obviously enjoy each other’s company, as their positive energy and love for each other really shined through during the shoot!

The dunes and beach-grass near Manzanita were a perfect backdrop, and despite the intermittent rain showers Anna & Billy truly embraced the moment. We are excited to spend more time with them and photograph their waterfront wedding on Puget Sound this summer!

END_OF_DOCUMENT_TOKEN_TO_BE_REPLACED 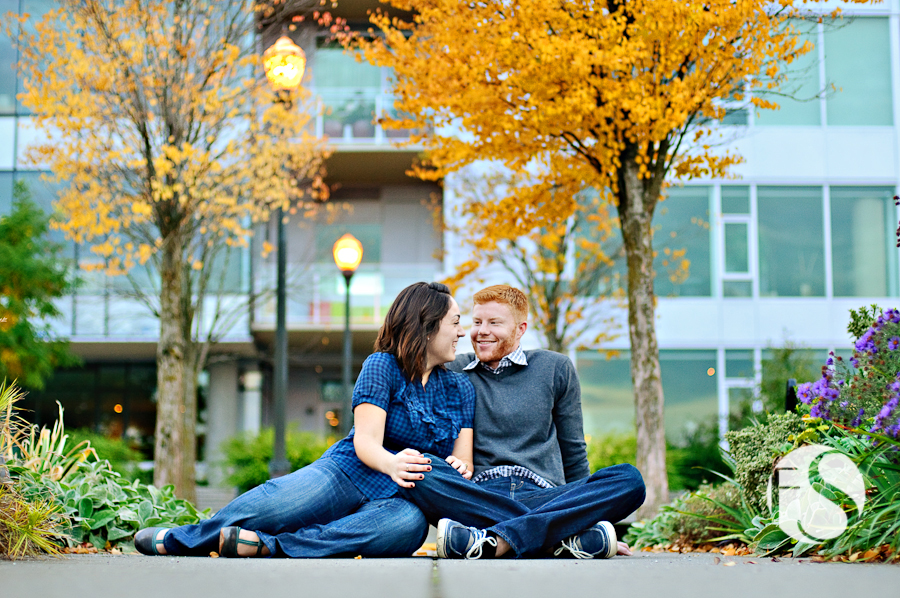 END_OF_DOCUMENT_TOKEN_TO_BE_REPLACED

We recently met up with Olivia & Bethany at Mt. Tabor Park on a not-so-sunny-yet-still-beautiful day for their engagement shoot. After hiking up to the top of the park (shooting along the way, of course) for a view of downtown Portland from the spot where Bethany took Olivia by surprise with her proposal, they were kind enough to climb up into a huge old oak tree at my request. Thanks you two, we are looking forward to your wedding in July! END_OF_DOCUMENT_TOKEN_TO_BE_REPLACED

0 Comments/ in engagement, pdx / by Ryan

Taking full advantage of the lovely weather, we recently met up with Kristin & David for a shoot down on Portland’s riverfront. They were true naturals in front of the camera, and we had a blast. Thanks Kristin & David, we are looking forward to your wedding in May!